Asian Americans Advancing Justice | Asian American Justice Center, APA Justice Task Force, Asian Pacific Islander American Public Affairs (APAPA), Brennan Center for Justice at NYU Law School, and United Chinese Americans (UCA) are partnering to produce a series of webinars to raise awareness of a growing number of federal investigations and prosecutions targeting Chinese Americans, Chinese immigrants, and Chinese nationals in the U.S. particularly scientists and researchers under the umbrella of the “China Initiative.”   The webinar series examines the ramifications of the "China Initiative" on the civil rights and security of Chinese Americans, Chinese immigrants, and Chinese Nationals working in the U.S., as well as the consequences for the broader American society.
Background:

From the Chinese Exclusion Act of 1882 through the Cold War, racist and xenophobic tropes painting Chinese and Asian Americans as “perpetual foreigners” and threats to public health and national security influenced U.S. government policy. Today is no different. Through rhetoric, rapidly changing policies, and targeted prosecutions, Chinese American scientists and researchers are again caught in a pattern of suspicion and racial discrimination that has harmed Chinese and other Asian communities in the United States for more than 150 years. While the PRC government unquestionably engages in malign behaviors within its borders and in the international arena, which the U.S. government properly condemns, the Trump administration’s rhetoric and actions blur the distinction between the PRC government and individuals of Chinese nationality or ancestry. As in the past, when potential threats arise from abroad, the U.S. national security establishment too often responds by treating entire classes of people defined by their race, ethnicity, religion, or national origin as suspect communities.

As U.S.-PRC tensions have grown over recent years, we have seen increasingly aggressive and misguided investigations of Chinese American scientists resulting in sensationalized charges that allege an intended subversion of U.S. interests. While the Justice Department’s abandonment of several  of these prosecutions before trial has meant falsely accused scientists experience fewer financial and emotional costs than they would from a full trial, it also deprives them of a public exoneration and an exposure of the racist assumptions underlying these investigations.

Rather than recognize the biases that drove these failed national security investigations, the Justice Department in 2018 initiated an even more assertive strategy, announcing a department-wide “China Initiative.” The Justice Department says its goal is to prioritize trade theft cases that benefit the PRC, but its rhetoric has often conflated the actions of individuals into a global conspiracy. Its prosecutions have further sought to amplify administrative oversights into federal crimes of fraud and false statements. Moreover, despite the China Initiative’s alleged goal of combating economic espionage, the DOJ’s own report on the China Initiative shows that many of the actual charges are not intellectual property theft or economic espionage. Instead, many of the charges are for minor or unrelated offenses including wire fraud, filing false tax returns, and even matters that had previously been handled administratively such as alleged inaccuracies in university conflicts of interest forms.

When the 2019 novel coronavirus outbreak in Wuhan, China, spread into a global pandemic, it opened another vector for the current administration to fuel anti-Chinese bias. High government officials repeatedly called COVID-19 the “China Virus,” as anti-Asian hate crimes spiked across the U.S. Once again, spurious public health and national security fears are driving anti-Asian discrimination.

The webinars will include speakers from Chinese American and Asian American advocacy organizations, civil rights groups, academia, as well as experts from scientific and legal communities. The speakers will explore the burden this pattern of investigations inflicts on targeted individuals and communities as well as consequences for the broader American society.

Partners of the Webinar Series

The APA Justice Task Force is a non-partisan platform to build a sustainable ecosystem to address racial profiling issues and to facilitate, inform, and advocate on selected issues related to justice and fairness for the Asian American community.

The Brennan Center for Justice at NYU School of Law is a nonpartisan law and policy institute that works to reform, revitalize – and when necessary, defend – our country's systems of democracy and justice.

Asian Pacific Islander American Public Affairs (APAPA) is a non-profit and non-partisan organization witha diverse membership representing all communities throughout the nation.  It strives to inspire, engage, and empower the public about public policy and how to foster future leaders from minority communities to serve at federal, state, and local levels in the government.

United Chinese Americans (UCA) has been a 501(c)3 nonprofit organization since 2017.  It is a national federation with 12 chapters and over 30 community partners.  The UCA is to enrich and empower Chinese American communities through civic participation, political engagement, youth education and development, preservation of heritage and culture, promoting a better understanding between the United States and China, for the well-being of our community, our country, and our world.

The "We Belong" Yellow Whistle Campaign

On June 16, 2021, a mistrial in Professor Anming Hu’s case was declared after the jury deadlocked and failed to reach a verdict.  After two years of failing to find any evidence of economic espionage, federal prosecutors built a case against Professor Hu rooted in racial bias and profiling under the Department of Justice’s “China Initiative.” This is a telling outcome for the first case of a university professor tried under the “China Initiative,” indicating the deep flaws in the investigations, surveillance, and other efforts under this initiative.  The defense attorney for Professor Hu will provide a briefing of the trial.  Civil rights organizations, the academic community, and local community leaders, who organized activities to support Professor Hu and his family, will speak out on their concerns with the “China Initiative” and the deeply concerning investigation and surveillance of Professor Hu.  We will also hear actions being taken by Congress.
Keynote Speakers 特邀發言人:​
​Panelists 座谈嘉宾:
Moderator 主持人:
LINKS:  APA Justice: Anming Hu

On June 16, 2021, a mistrial in Professor Anming Hu’s case was declared after the jury deadlocked and failed to reach a verdict.  After two years of failing to find any evidence of economic espionage, federal prosecutors built a case against Professor Hu rooted in racial bias and profiling under the Department of Justice’s “China Initiative.”   A group of national organizations examine this outcome and discuss potential next steps in this first-ever case of a university professor tried under the “China Initiative.”
​
WHEN:  Friday, June 18 at 4pm ET
WHO: 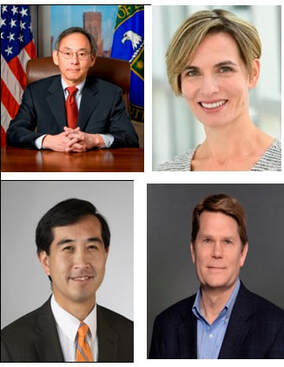 First Webinar: The Human and Scientific Costs of the "China Initiative"

WHEN: September 30, 2020, 8:00 pm EDT/5:00 pm PDT
WHAT: Online Webinar
DESCRIPTION: This is the first of a series of webinars to examine the ramifications of the U.S. Justice Department’s “China Initiative” on the civil rights and security of Chinese Americans, Chinese immigrants, and Chinese Nationals working in the U.S., as well as the consequences for the broader American society.

The inaugural webinar is designed to provide policy-makers, journalists, attorneys, and community advocates with an overview of the “China Initiative” and the efforts civil rights advocates and the scientific community are making to protect the rights of those investigated and targeted under this discriminatory framework.